In a rather tense 1-0, SIPG scored 3 points as expected, but the game scene did not satisfy the fans. If it were not for Shijiazhuang Yongchang's handball to ruin the situation in the second half, this game is very likely to be another weak draw. Winning often conceals many objective problems. In fact, Pereira needs to solve a lot, how to prevent the opponent from quick counterattack, how to crack the iron barrel formation, how to let Mu Yi quickly integrate into the current system. In this game, Shanghai SIPG did not rotate in order to ensure the top spot in the standings. The formation is still similar to 433. Wang Shenchao and Fu Huan are left and right, Shi Ke partner Wei Zhen, Oscar, Yang Shiyuan, Mu Yisan Midfielder, Lu Wenjun, Anautovic and Hulk three forwards. The opponent is basically the main force, but it can be seen that Oscar Maritou and Matthews both played with injuries. It can be seen that Guterbi still hopes to get a little score in this game. 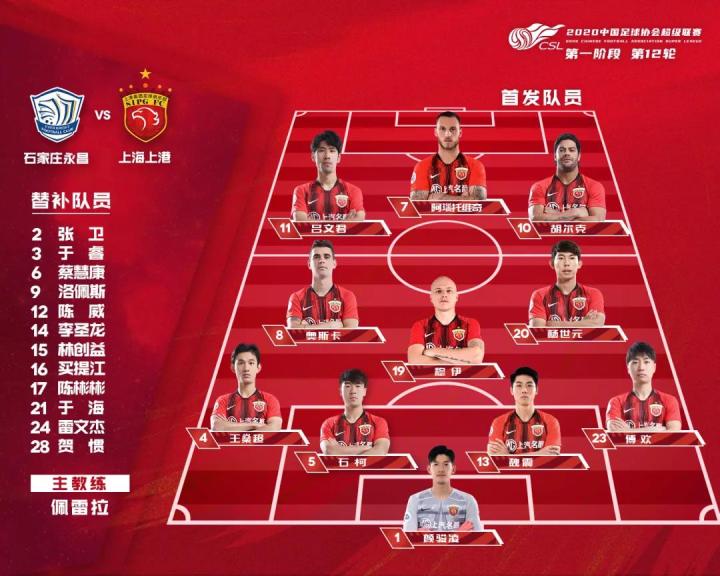 SIPG played more patiently in the first half, but there were more passing and receiving errors than in previous games. This also caused too many rough processes in SIPG’s meticulous tactics, and the fluency was not as good as in previous games. . In the sixth minute of this backcourt interception, Oscar's lateral play seemed too casual. Although the idea of ​​​​sending to another wing to fight back quickly is good, but under the pressure of the opponent's high position in this half Playing the ball in depth is much safer, and the process from defensive to offensive also depends on the situation. Fortunately, the handling after Yongchang was a bit impatient and did not form an effective threat.

In the previous review articles, the author mentioned that Mui’s playing style is more European, his vision is broad, and his handling of the ball is more concise. In the 13th minute, he passed the long pass to Anautovi. Qi is a typical case.

In the current SIPG's tactical system setup, Mui and Oscar are usually in charge of a side lane, and the two change positions frequently, but there are relatively few cases where the cooperative organization is on the same line. The 21st point of this positional attack can be seen. Oscar asks for the ball from the left and then advances to the right. It is always organized in a single-player mode. Muyi cruising on the left can not provide effective help. In addition, Anautović's state of the game was slightly under-reliant, and a very detailed positional battle ended in a rough finish on the last pass.

The positional battle in the 25th minute might highlight the problem even more. After Mui played forward from the midfield, Hulk and Oscar formed a match. Oscar cleverly divided the sides. The latter’s push was blocked, and then he countered on the spot. After the opportunity was formed, Oscar got the ball again in the middle. At this time, we noticed that Mui had come up, close to the top of the opponent's penalty area, and Oscar chose to shoot by himself. This situation can actually be summarized in two points. After Mu Yi played the ball, he moved slowly and stayed in the midfield for too long. When he was pushed to the midfield, the organizational habits of his teammates had "forgotten" him. In fact, if Mu Yi was given a long shot in this offense, the threat would be even greater.

Looking at the 41st minute of the game, it was also SIPG’s best chance of this game. It was still the fine coordination in the middle. This time, Mu Yi moved forward and formed a multiplayer cooperation with Oscar Hulk, which was significantly more effective. The ball was distributed to the left and then passed to Mu Yi, but it is a pity that Anautović flew the header to the center teammate in an offside position, otherwise it would be an obvious foul penalty.

Also against SIPG, the biggest difference between Shijiazhuang Yongchang and the first round of the first stage is that the offensive thinking has changed a lot, which may also have a certain relationship with Oscar Marito's injury in the first half. In the first round of the game, Shijiazhuang Yongchang habitually looked for left-back Zheng Zhiyun to insert an assist, and then crossed to the center to fight for the top to create a threat. However, considering that Oscar Marito is not there, Yongchang’s most threatening style of play is to counterattack on the ground. Therefore, Guterbi also insisted on the tactic of counterattack on the ground in this game and achieved better results in the second half. 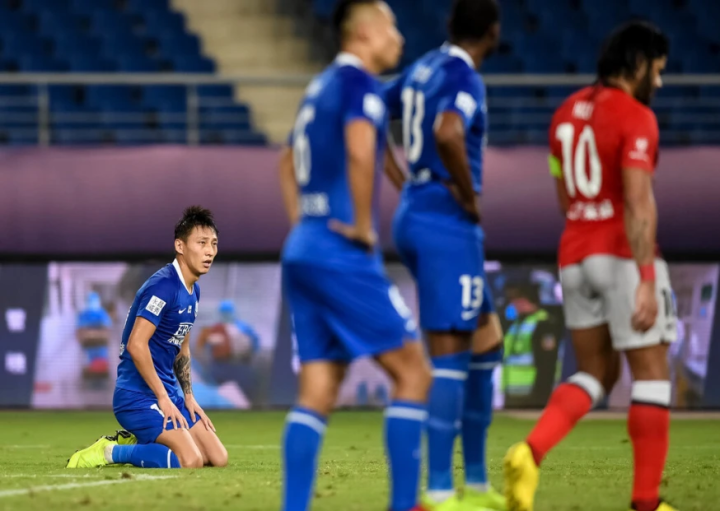 At the beginning of the second half, Anautovic once again squandered a good opportunity to score, and it was another small-scale wall collision in the midfield. SIPG's intention to insist on playing behind the opponent's defense in this game was very obvious, taking advantage of the disadvantage of the opponent's defensive player turning slowly. In fact, it was completely successful tactically, and the final handling was not ideal.

It is a pity that Yongchang's defense is still ruined by his players' handball, otherwise this game is very likely to get a valuable point.

On the other hand, Shijiazhuang Yongchang, the counterattack began to pick up in the second half. After Chen Pu got the ball from the side in the 82nd minute, he wiped the defensive players, but it was a pity that Park Shihao, who followed up, missed the opportunity. In the course of this defensive process, it can be seen that SIPG’s rear defense line was slightly loose in the final stage of the game. If you are facing tough battles like Guoan and Evergrande, I am afraid you will not have such good luck. It is worth mentioning that Yongchang's domestic players are generally good at their feet. The first round of Zang Yifeng, Chen Pu and Zhong Jiyu in this game.

At the last moment of the game, Yan Junling made an important save once again to keep the city gates intact. In fact, SIPG's defense always needs to remind himself what would happen if Yan Junling was not behind him.

Although SIPG has an absolute initiative and a 59% possession rate and 87% pass success rate in statistics, there is still a lack of details on the handling of the final kick. The effect of the tactical content may be very lively, but the running-in still needs to be improved. In addition, fans recently generally believe that Hulk’s state has fallen seriously, and Lopez’s ability to hold the ball can actually be used in a moderate rotation. Compared with the previous two years, Pereira’s hands are significantly better. How to play the due effect It is a question he should consider. When facing a stronger opponent, the current SIPG still has a bit of worry for fans. 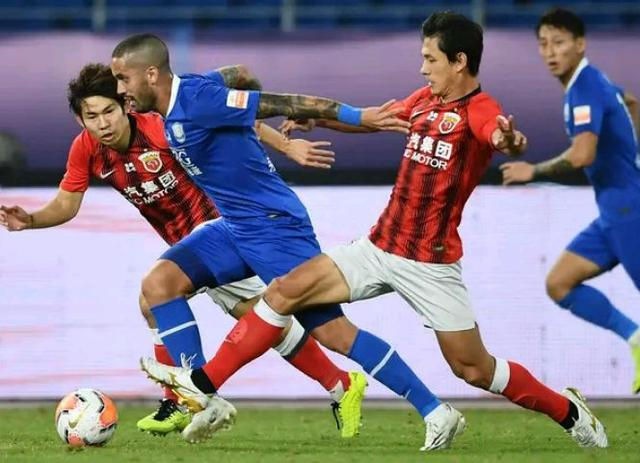 For Yongchang, there are still two tough battles to be fought. If the lineup is neat, coupled with the good counterattack efficiency last night, the possibility of getting into the top four is relatively high.