After the replacement of foreign aid, the overall structure of R&F is actually completely different from the first stage. Specifically:

First of all, Zhivkovic’s speed and mobility are strong, but he lacks excellent ball-holding and dribbling ability; although he is tall, he is not good at handling high balls and often gives up control of the first point to fight for two points. It is a counter-attack after the high ball, but also try to wait for the ball to land and then rush, instead of holding and waiting for teammates (see his game in Sheffield United). Therefore, Ari very much needs space in the frontcourt to sprint, and he needs a partner by his side. To act as a single arrow in a siege situation like this one is really too much. 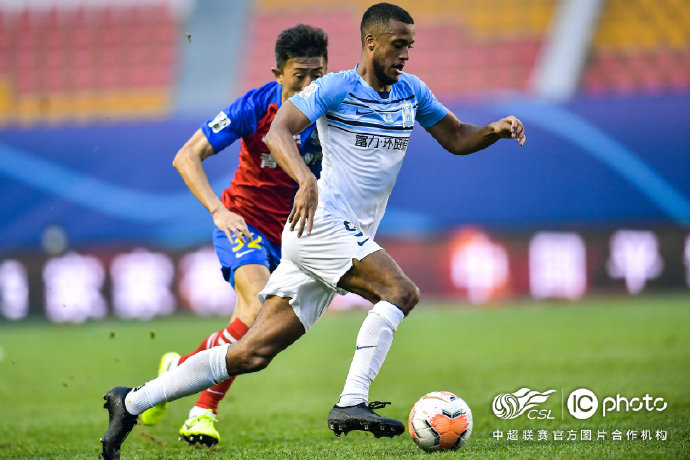 As for Adrian, there is no need to say much about his strength. The problem is that he is essentially a type of handling the ball at "two points". Even in the Chongqing team, there are centers like Caldek and Fernandinho on the side. Lu grabbed "one point" and handed it over to him to maximize his ability to handle the ball. In other words, in the battle of positions, especially in the face of intensive defense, Adrian needs someone in front to open up space for him. 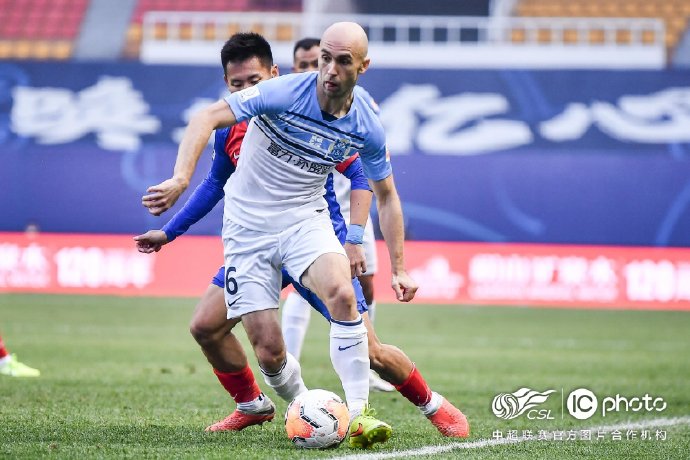 Therefore, if the Israeli double guns need to lean forward as a whole to function, then

However, the specific game is completely different. It can be seen on the tactical board that R&F has a 4-3-3-like system, and Huang Hai is 4-4-1-1. Although Adrian is nominally on the right side, he will frequently adduct because he is still a midfielder, leaving the side to Tang Miao behind him; on the other side, Chen Zhechao also jumped in, the overall formation is actually different from R&F’s past. Not much. 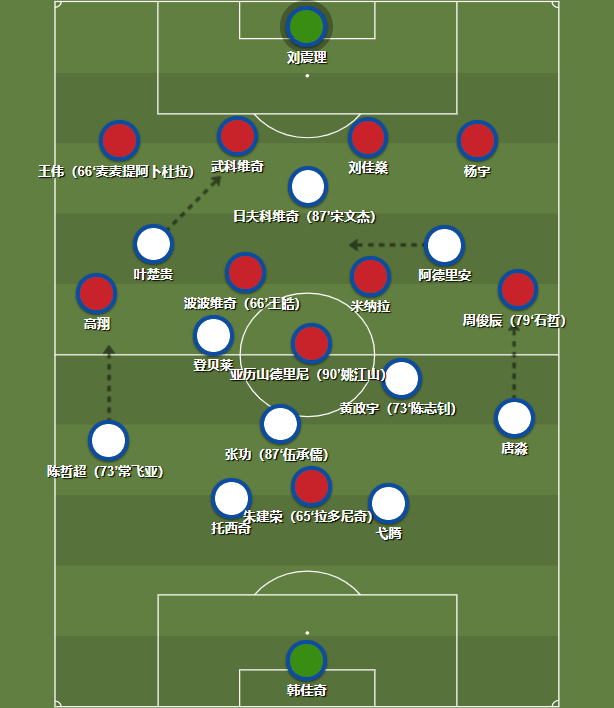 The contradiction here is that the above mentioned

To break the dense defense, first of all, the team is required to handle the ball with high precision, and secondly, the full back must have the ability to participate in the attack of the side team during the siege. But this field

The Zhivkovic type is not suitable for this situation at all, which means that the attack can only rely on Adrian to lead. In the 13th minute, Adrian left his position to play on the left. The very eye-catching pass was wasted by Chen Zhechao.

At the same time, this also points to a very objective question,

You can take a look at the following round, basically R&F attacked the whole game

But in sporadic rounds, you can still see the scenes of playing the characteristics of the two new aids. For example, in the 17th minute, Dembele launched a counterattack and directly found Zivkovic to rush deep.

In the 24th minute, the sober Tosic knew that there was no opportunity for transmission. He passed directly behind the Yellow Sea defense line. Zivkovic brought out the two-line space and gave Adrian the opportunity to play the characteristics of forward insertion, forming a cross pass .

In 54 minutes, Adrian counter-attacked the ball, passed a person through the crotch, and sent a through to find Zivkovic in a large open area.

Therefore, it is necessary to give play to the characteristics of the two new aids.

Although the final result was 0-0, R&F was actually very dangerous at the beginning of the second half. The players who returned from the locker room to the court seemed to suddenly lose their souls. Many low-level errors in just five minutes almost made Huang Hai rewrite score

In 49 minutes, Zhang Gong made another mistake.

In this way, a series of errors in the opening without pressure and low pressure gave Huang Hai several opportunities to break R&F goals. You know, in this kind of knockout, losing a ball is likely to mean being eliminated.

In this case, Adrian played a vital role. It can be seen that when consecutive mistakes in the backcourt, Adrian took the initiative to take the ball to the backcourt to stabilize the backcourt;

When he made consecutive mistakes on the left, he took the initiative to lead the offensive on the left, combined with Dembele to shoot, and stabilized the situation with a complete offensive.

It seems inconspicuous, but it is this invisible action that shows Adrian

It wasn't until 73 minutes before Van Bronckhorst replaced Huang Zhengyu with Chen Zhizhao due to injury. It can be clearly seen that the vitality and rhythm changes brought about by Chen Zhizhao after playing have opened up a little bit for R&F.

In the 78th minute, Adrian took a corner kick and Chen Zhizhao's volley was blocked. Ye Chugui succeeded with a supplementary shot. Unfortunately, the goal was offside.

However, this is a good illustration of Chen Zhizhao's improvement in R&F's rhythm after playing. If luck is better, R&F can even take away the victory with such a confused mind. 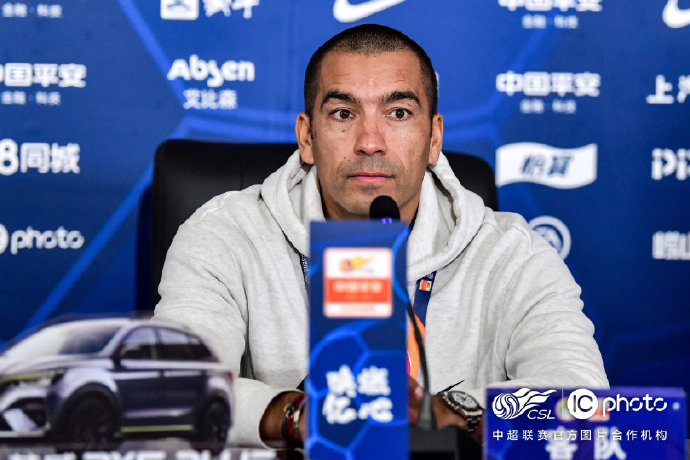